The Clean Slate Accord (Short Story)

Add to Your Goodreads Shelf!

Purchase on Amazon and Barnes and Noble.

Synopsis: Tired of war and killing, Earth's Global Director Alexa Lange has developed a method of creating world peace by altering the population's brainwave activity. Assisted by her hyper-intelligent and quirky helper Jonas, Alexa is excited that her plan is becoming a reality. That is, until something goes terribly wrong.

Brought to you by TeamNerd Reviewer Annabell Cadiz

Review: I don’t often venture into the world of science fiction. It’s not my usual type of genre and I’m pretty picky about what I’ll read in the genre, so a book or short story has to sound REALLY interesting or spark my curiosity in just the right way for me to feel enticed to read it. The Clean Slate Accord wasn’t just a short story that sparked my interest, it was also wonderfully well-written.

Following in the footsteps of the dystopia genre, The Clean Slate Accord tells the tale of Global Director and scientist, Alexa Lange, who has created a serum injection and an implant that will help erase the impulse for violence in humans. The story begins with Alexa and the President of the United Continents announcing that they will be moving forward with the Clean Slate Accord. After the Great War Conflict between the Southern and Northern parts of the world left humanity and the Earth devastated, Alexa wanted to create something that would quench the thirst for violence in human beings so she created, with the help of Jonas—the twelve-year-old genius who is half human, half biological engineering—an injection called Serum A along with specialized implants that linked to the synapses in the brain. But moments after Serum A and the implants are released to the world, people start disappearing at a rapid pace. Alexa needs Jonas’ help to figure out what’s happening and how to fix it, but Jonas has a plan of his own to save the world.

The premise behind the story, although not entirely foreign to the genre in which it’s written, was quite unique in the scientific approach. The implant attaches itself to a person’s brain stem and becomes a living part of the human body. Once Serum A is injected, it will begin to rewire the brain’s synaptic impulse strength that triggers certain activities like aggression and violence. I really liked the idea. In a way, it’s incredibly terrifying since messing with the brain has often proven to be quite disastrous in many ways in the past, but the idea of being able to better control the amount of violence going on in the world, is a dream of peace everyone has. Maybe not to the extreme in which Alexa took it though.

Alexa as a scientist, she is brilliant and patient, working hard to create the implants and Serum A. But as a woman she is arrogant, emotionally stunted, selfish, and narcissistic. Alexa can’t see herself as clearly as the artificial intelligence that surround her can or as Jonas can. Alexa can speak science and finds great joy in working with it. But she also sees science as power and if you can’t understand it to the same level she does, you’re thinking is considered inferior in her eyes. She has no real respect for human life. I wanted to slap the hell outta her because of how full of herself she is! But her character worked for the story and for what happens.

Jonas is a sweet, innocent twelve-year-old boy, but he’s also a twelve-year-old boy with an extremely high IQ that even rivals Alexa’s. Alexa had created Jonas in a petri dish using her ova and science. She genetically altered the structure of his DNA and Jonas’ intellect grew faster than his body. My heart broke for Jonas! Alexa doesn’t allow him to have friends, see the outside world, or have any semblance of a normal childhood like any twelve-year-old boy. He craves nurturing and love and friendship. I just wanted to hug him! And slap Alexa even harder for the way she treats him.

A fun little aspect to the story was the fact that the mirror could talk! It acted as a computer, mirror, and therapist. There were the diagloue between Alexa and the mirror seemed completely absurd and bordered on annoying, but for the most part, it was funny.

The ending wasn’t too much of a surprise, at least, not what happens with Jonas and the Accord. Jonas has such a big heart, what he does in the end fits his character well and makes you love him all the more. But Alexa’s reaction to what happened was a nice touch. Alexa is Alexa after all and she’s the reason power is such a dangerous quality to being human.

The big issue though with this short story is the level of scientific jargon. Not everything is broken down well for someone who isn’t so into science to understand, but the content helps the reader to understand better. There is a bit of repetition and not too much depth to the characterization and barely any world building.

Regardless, The Clean Slate Accord is thoroughly enjoyable and thought provoking story fans of the science fiction genre will want to check out! 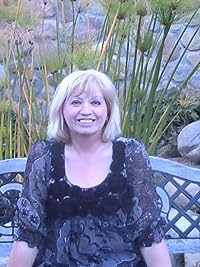 About the Author: Sofia Diana Gabel was born in Sydney, Australia and now lives in the United States with her children and hairless sphynx cats, which aren't entirely hairless if the truth be told. They have a light fuzz on them that makes them softer than velvet.
In addition to writing, she absolutely loves to travel. She’s definitely a wanderer at heart and finds it hard to settle in one place for long.