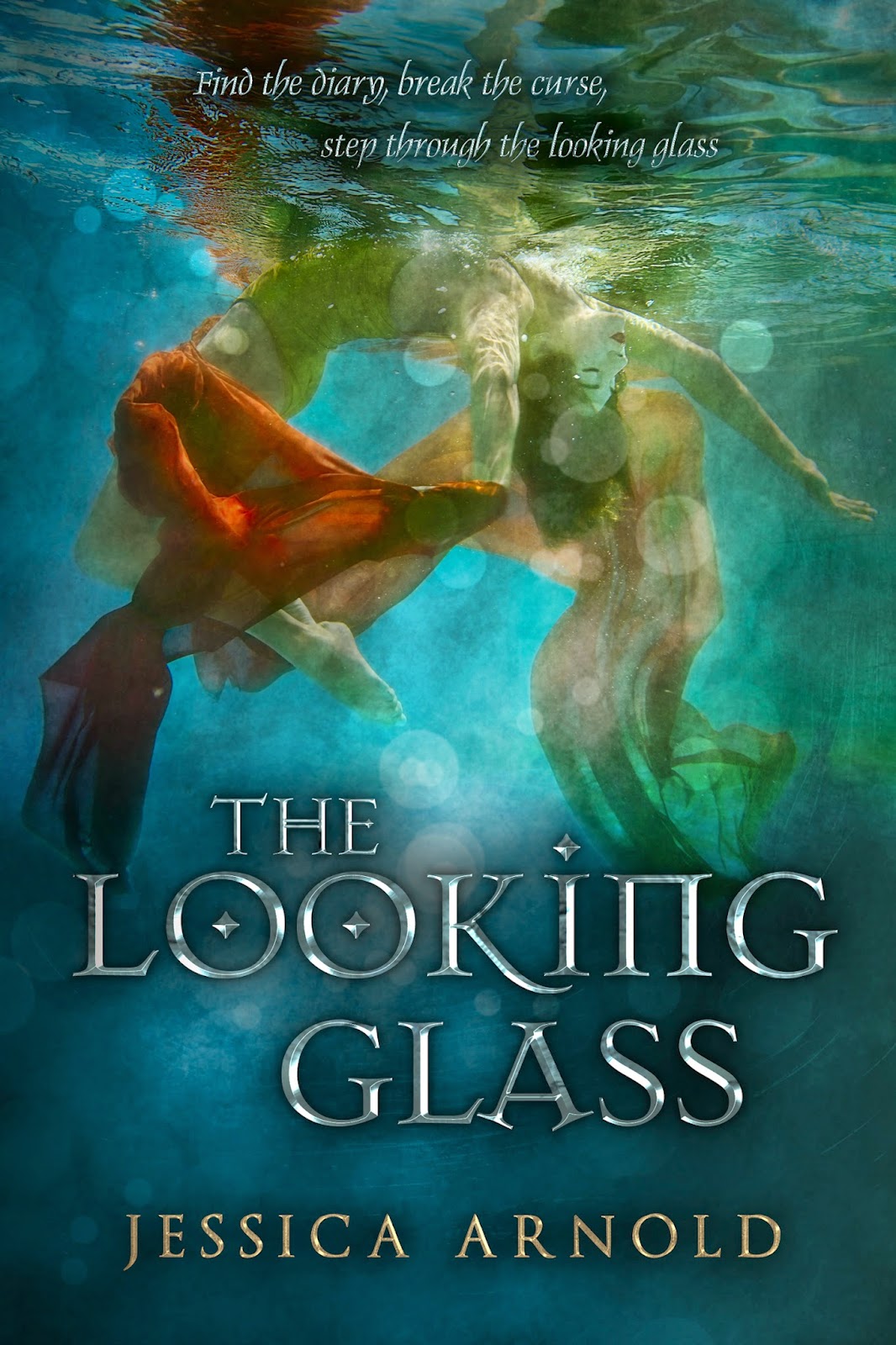 Synopsis: Find the diary, break the curse, step through The Looking Glass!

Fifteen-year-old Alice Montgomery wakes up in the lobby of the B&B where she has been vacationing with her family to a startling discovery: no one can see or hear her. The cheap desk lights have been replaced with gas lamps and the linoleum floor with hardwood and rich Oriental carpeting. Someone has replaced the artwork with eerie paintings of Elizabeth Blackwell, the insane actress and rumored witch who killed herself at the hotel in the 1880s. Alice watches from behind the looking glass where she is haunted by Elizabeth Blackwell. Trapped in the 19th-century version of the hotel, Alice must figure out a way to break Elizabeth’s curse—with the help of Elizabeth's old diary and Tony, the son of a ghost hunter who is investigating the haunted B&B— before she becomes the inn's next victim.

The father, sitting on the bed by his son, rocked back on his hands. “You’ve wanted to come with me on an investigation since you were just a little boy. Aren’t you excited that Madeline’s finally let you tag along? She’s always so worried about you, thinks I’m going to corrupt you or something. But you’ll see. And she’ll see too. We’ll have a wonderful time.”
Whatever the boy was feeling, it was far from excitement. He smiled anyway, and Alice could tell that it was forced. She’d used that same smile on her parents plenty of times. “Yeah. It’s really going to be something.”

Alice snorted at the boy’s pained expression. Stop playing the martyr. As if it were such a terrible burden to have your dad thrilled to spend time with you. Alice could hardly have a decent conversation with her distracted father, who regularly multitasked his relationships to death.

Tony smiled again, though this one was no more genuine than the last.

“So. Where do we start?” His father fumbled through his notes. He finally stopped on a page toward the front of the notebook. “Ah yes, here we are. We start with Elizabeth Blackwell.”
“The actress.”

“Yes, the actress. She was fabulous, according to the newspapers I’ve looked at. Quite famous, in fact; she was on the road to stardom before she died. She stayed in the attic room for many years, then suddenly went mad. The attic burned down in the fire, though—never got rebuilt. It’s unfortunate too. I would have killed to look around up there.”

Tony crossed his legs on the bed and leaned back, giving his father his undivided attention for the first time. “She went crazy?”

“Lies,” said the girl, sitting up straighter now. Alice, figuring this broke the silence war, tried to call the girl over. But the girl didn’t react—not even with a glance. She was focused completely on Tony and his dad, though they seemed unaware of her. George was nodding.

“Oh yes—she lost it. No one knows how it happened, but they say that before she died she started fooling with things she shouldn’t have. Her sister, Lillian, died years ago, but I got my hands on an interview someone did with her just before she passed away. Lillian inherited the boardinghouse after Elizabeth and Mr. Blackwell died. She said some pretty interesting things.”

“And you’ve been researching the story all this time, hoping someone would get hurt,” the boy said, frowning.

“Well, I wouldn’t say hoping necessarily. I was just waiting, on the lookout, you know?”
Yeah, like a vulture after carrion, Alice thought.

Tony didn’t look entirely pleased with this answer either, but he let it go. “So she went nuts?” he prompted.

“Yes. Anyway, Lillian said that whenever she went up to see Elizabeth, she was reading strange old books, chanting things.”

“Magic,” said the girl, pacing the elaborate rug. “Why?”

“That,” said the man, “is the mystery. Sometimes I think that Lillian knew more than she admitted to, but who’s to say? If we can isolate Elizabeth’s spirit, we may be able to get the answer straight from her. ”

“How did she die anyway?”

“Suicide—nasty business. She almost burned the house down. They found her drowned in the pond with a knife through her heart and the attic in flames above her. Her father … well, they found him dead too. Burned to death tied to a bedpost in the attic.”

Tony grimaced and Alice gulped. She looked at the lump in the bed where she’d hidden the bloodstained diary. Elizabeth had held that diary, written in it. Alice felt suddenly very close to her and it sent a horrified sort of thrill through her. When she looked up, the girl was looking at her. Finally.

“We are all of us alike,” whispered the girl. She turned around before Alice could respond.
“I know you can hear me!” said Alice, so forcefully that specks of spit dotted the mirror. But once again the girl walked away from her. Alice threw both of her fists against the glass.
“And no one knows what happened?” Tony asked.

His father shook his head. “No one ever figured it out. The police investigated for a while, but found no one with motive. The sister was less than cooperative. And the real story was never told.”

They sat in silence on the bed for a moment, Tony looking somber, his dad eager. Then George jumped to his feet and reached for the nearest plastic tub.

“You ready to start setting up?” Tony nodded; George opened one of the tubs and started pulling out some strange-looking contraptions. Alice had never seen anything like them. Tony was screwing rods together while his father ran microphones around the room and tried to get a tiny video camera mounted on the dresser. He turned on a funny-looking flashlight and tiny pricks of light littered the wall across from him.

“This will help us check for disturbances in the air—any spirits walking by,” the father explained. As he did, the girl exaggeratedly tiptoed up behind him, laughing like a maniac. She waved her arms and made as if to poke him in the back of the head. Her finger never actually touched him; it stopped an inch from his hair. No one’s crazy daughter—not even the hotel manager’s—would have gotten away with that unnoticed. They couldn’t see her; Alice was sure that, like her, the girl was visible to no one else. Stepping away from the mirror, Alice sat down on the bed.

All those girls in comas, she thought to herself, and all of them died a week later. Had the other women been trapped in this house as well? Had they slept in this bed—read this same diary? And what about her? Would she die too? Would she somehow float out of this phantom house and into … somewhere else? Would it hurt? Alice had no idea and she found herself watching Tony and his father with something like hope.

Maybe they’d be able to free her—if she couldn’t find her own way out. She stepped up to the mirror and caught the girl’s eye. The girl stopped turning the lamp on the nightstand on and off and stared straight back.

“Tell me how to get out,” begged Alice, holding onto some silly, fragile dream that the girl would open her mouth and answers would come pouring out. But the girl did not answer. She looked at the mirror for a moment longer, then turned on the heel of her jet-black shoe and marched to the door. Yanking it open, she walked out and disappeared into the hallway. 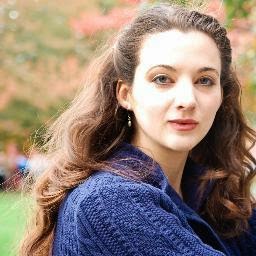 Jessica Arnold writes YA, codes ebooks, and is currently a graduate student in publishing at Emerson College in Boston. She spends most of her time in class or work or slogging through the homework swamp. If she has a spare moment, she’s always up for a round of Boggle. Given the opportunity, Jessica will pontificate at length on the virtues of the serial comma, when and where to use an en dash, and why the semicolon is the best punctuation mark pretty much ever.

a Rafflecopter giveaway
Posted by TeamNerd Reviews at 11:15 AM