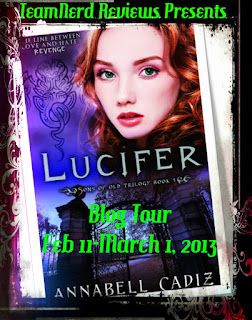 Synopsis: Have you ever wondered what could be hiding in the shadows?

Well, for eighteen-year-old Zahara Faraday, she doesn’t have to wonder. You see she comes from a lineage of Light Witches, those who have chosen to help protect and serve between the supernatural world and the human world. The only problem is Zahara, like her father Solomon, is as human as a human being can be whereas her mother, Mia, and her Aunt Catalina, were born as Light Witches. As a family they hunt down rogue supernaturals—creatures who harm humans or who have committed an act against their kingdom.

Zahara’s hunting skills are usually kept dormant since her parents would prefer she live life as a normal human girl without knowledge of the supernatural world. She plans on doing just that—except when she finds a couple being attacked by fairies, she has no choice but to step in. Before she can return to pretending to be blissfully ignorant, Zahara encounters a problem she isn’t the least equip to handle: Bryan Hamilton, the good looking new co-worker she has to help train. In a heartbeat, her best friend, Becca King, has set her up on a double date with herself and her new crush, Rekesh Saint-Louis, who happens to be the most powerful leader of the biggest Imago Coven in South Florida –supernatural creatures with the ability to control water . . . and suck out human souls.

Zahara has no time to focus on how she’s going to explain her double date with her best friend and the enemy they have a tentative truce with to her parents because soon one of the members of Mia and Catalina’s coven is found murdered with a strange tattoo of a snake with wings carved into his arm.


Zahara is then thrown into a whirlwind battle with an angel determined to have revenge against God, an Imago coven she doesn’t think they should trust, and slew of dream-eating fairies and powerful Nephilims, hybrid children of angels and humans, more than happy to rip her to shreds.

Normal just got a deadlier definition.

Purchase on Amazon and Barnes and Noble. 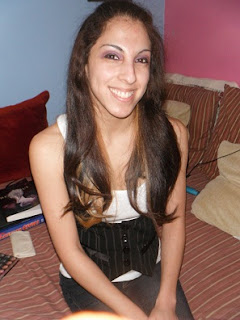 About the Author: Annabell Cadiz was born in the sweltering heat of South Florida. She was raised surrounded by Puerto Rican chefs and band of siblings that weren’t all related to her. A self-proclaimed nerd and book-a-holic (her room does hold much evidence to prove her claims are justifiable), she created TeamNerd Reviews to showcase her EXTREME love for novels where, along with her best friend, Bridget Strahin, she hosts book reviews, interviews, giveaways, Indie Shoutouts and much more. She also blog tour services for authors. She also had the pleasure of being published in three separate issue of Suspense Magazine. She also adores Cinnamon Teddy Grahams, has an addiction to Minute Maid Orange juice, and is a proud Jesus Freak. Lucifer is the first book in the Sons of Old Trilogy.


ENTER FOR A CHANCE TO WIN THE FABTASTIC SWAG PACK!

In honor of the two main female leads in LUCIFER, Zahara and Becca, Annabell created a fun swag pack for ONE very lucky winner!

Win a specially made makeup kit by E.L.F along with one DVD copy of the movie Sixteen Candles, a fuschia metallic manicure set, a Girl Power Superwoman wristband, a LOVE IS A BATTLEFIELD silver necklace, a silver bracelet with handcuff & key charms, Honey Sweetheart lotion (that smells INCREDIBLE!), two toned lip bloom (that is SUPER cute!), and gray colored cheetah printed socks that are SOOOO adorables and an ecopy of LUCIFER.

ANNNND if that wasn't enough, FIVE other lucky winners will win a FREE ecopy of LUCIFER!

TWICE a week on MONDAYS & FRIDAYS a new clue from LUCIFER will be posted up. Enter the new clue inside the Rafflecopter every time a new one is posted and get more chances to win! 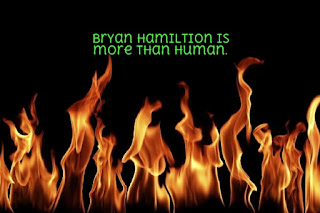 *Must be 13 or older to enter*
*Giveaway Ends MARCH 1, 2013 at MIDNIGHT*
*Winner has 24hrs to respond before the package is forfeit and another winner will be selected*
*FIVE clues will be posted in total through the weeks of the blog tour. FIRST clue will go up MONDAY, FEB 11 and LAST CLUE will go up MONDAY FEB 25*

a Rafflecopter giveaway
Posted by TeamNerd Reviews at 3:59 PM