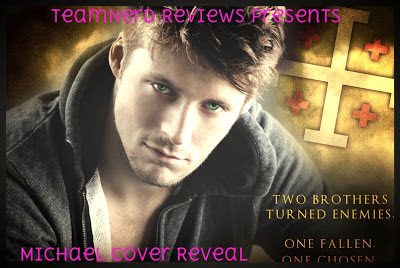 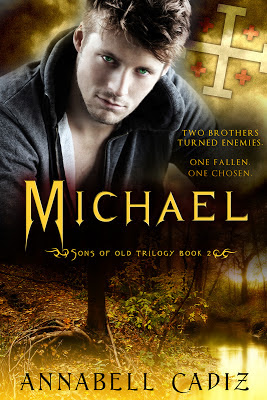 Synopsis: Zahara Faraday looks like a normal eighteen-year-old and lives in a quiet neighborhood with her overprotective parents. She works at a bookstore and hangs out with her best friend Becca King on a daily basis. But underneath the normal lies a secret life filled with dangerous supernaturals. Zahara belongs to a world made of Light Witches, rogue Imagoes (supernatural creatures with super strength, speed), fallen angels, and Nephilim (hybrid children born half-human, half-angel). Where her father Solomon Faraday is human, her mother Mia and her Aunt Catalina are Light Witches. They help protect the human world by hunting down rogue supernaturals who commit heinous acts against humans.

What they never expected was the possibility of having to hunt down the one rogue coven they had befriended and come to trust in their battle against Lucifer. Rekesh Saint-Louis is the leader of the most powerful Imago coven in Florida and now he’s the most wanted. Supernatural bodies are starting to pile up with an ancient ritual long forbade being used to murder them and the symbol, one large cross with four smaller crosses around it, which represents Rekesh’s coven, being left behind. Rekesh and the Elders of his coven set out to find who is behind the murders and clearing his name before a war between the covens begins. To make matters more difficult, Rekesh also has to deal with the return of someone he would rather preferred stayed away.

Meanwhile, Zahara and Becca are spending more time brushing up on their training, knowing an attack from Lucifer can come at any moment. Between patrolling neighborhoods and hanging at the boarding school created by Charles Stephens—a fallen angel who created the school to protect the children of rogue supernaturals—they are introduced to an old friend of Charles, Michael. Zahara begins to develop a closer bond with Jason as they train and chase down clues to clear Rekesh’s name. Jason also starts to develop a close bond with Michael, protecting a very powerful secret.

But Rekesh’s coven being set up isn’t the only danger. A new powerful and lethal drug has emerged from the shadows of the supernatural world called Inferi. A side effect of the drug: it leaves the supernatural hungering for blood—both human and supernatural.

Lucifer is on the move and he will stop at nothing to get his hands on Zahara and complete the first act of his plan.

A battle is about to begin.

One that may cost the Faraday family everything they hold most dear. 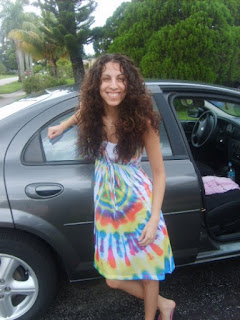 About the Author: Annabell Cadiz was born in the sweltering heat of South Florida. She was raised surrounded by Puerto Rican chefs and band of siblings that weren’t all related to her. A self-proclaimed nerd and book-a-holic (her room does hold much evidence to prove her claims are justifiable), she created TeamNerd Reviews to showcase her EXTREME love for novels where, along with her best friend, Bridget Strahin, she hosts book reviews, interviews, giveaways, Indie Shoutouts and much more. She also had the pleasure of being published in three separate issue of Suspense Magazine. She also adores Cinnamon Teddy Grahams, has an addiction to Minute Maid Orange juice, and is a proud Jesus Freak. Her debut novel, Lucifer (Sons of Old Trilogy, #1) was published January 2013 and Michael (Sons of Old Trilogy, #2) is set to be published Summer 2013.

**Opened to U.S. and International Fans**
**Must be 13 or older to participate**
**Winner will be selected on MAY 31, 2013 and have 24 HOURS to respond before another winner is selected** 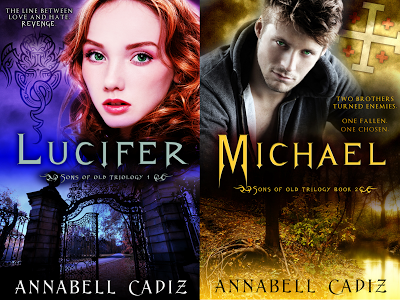 One Lucky Winner Will Receive 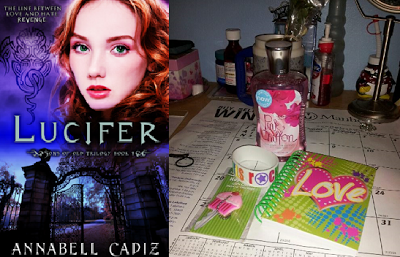 E-Copy of Lucifer (Sons of Old Trilogy, #1) by Annabell Cadiz
A cupcake keychain
Body wash from Bath and Body Works in the scent of Pin Chiffon
Girls Rock Wristband
Mini Notebook
a Rafflecopter giveaway
Posted by TeamNerd Reviews at 9:36 AM